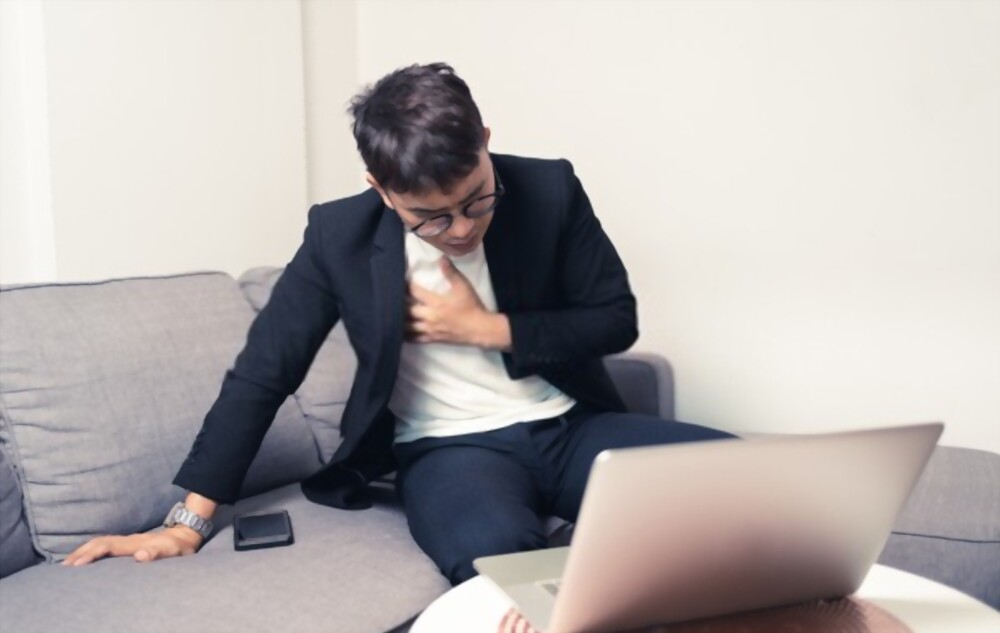 This is a common clinical syndrome identified by the presence of current or prior characteristic symptoms, such as shortness of breath and fatigue, and evidence of cardiac dysfunction as a cause of these symptoms of Heart Failure

From a hemodynamic perspective, heart failure is a disorder in which the heart cannot pump blood to the body at a rate keeping pace with its needs. Patients with heart failure may or may not have associated physical signs, such as those related to fluid retention.

This can also be due to diseases of the muscle of the heart, referred to as cardiomyopathy, which can be either restrictive, hypertrophic, or due to noncompaction. The commonest causes of heart failure are left-sided, meaning that it is caused by diseases affecting the left ventricle.

Patients with mild or moderate heart failure may appear completely normal on physical examination, with normal vital signs. However, many patients with normal cardiac output at rest have the inability to increase the cardiac output during exercise without excessive increase in filling pressures, resulting in exertional fatigue and intolerance.

Right-sided signs with fluid overload are often the presenting sign. In contrast, patients with advanced heart failure may show evidence of decreased tissue perfusion caused by a major decline in cardiac output.

Four key findings that suggest a greater severity of cardiac dysfunction even at a steady state include:

Major Manifestations of volume overload in Patients with Heart Failure

There are three major manifestations of volume overload in patients with heart failure:

●Pulmonary congestion manifests as crepitations on auscultating the lungs and is more prominent in acute or subacute heart failure.

●Right-sided failure may be manifested as peripheral edema with swelling of the legs, which is more prominent when the patient has been upright. It can also manifest as fluid in the abdominal cavity referred to as ascites, in addition to fluid accumulation in the scrotum.

●Elevated jugular venous pressure is usually present if peripheral edema is due to heart failure. 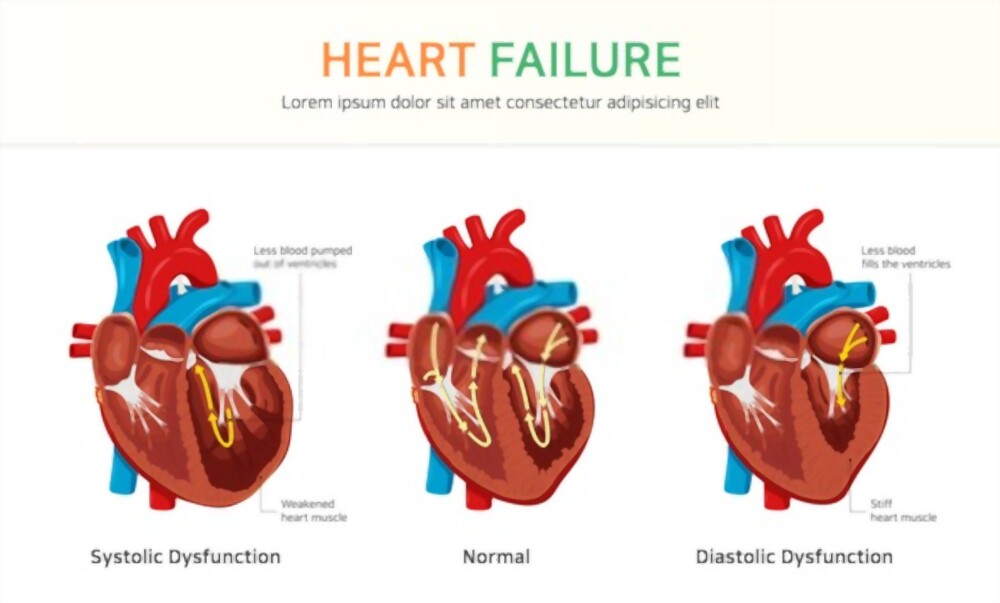 Tests are Performed for the Evaluation of Heart Failure

The following tests are performed for the evaluation of heart failure:

2- Blood tests should include:

●Natriuretic peptide levels. This provides evidence as to whether heart failure is present, as levels are elevated in heart failure patients.

●Cardiac troponin T or I, to evaluate whether the acute decompensated heart failure is due to a heart attack.

●A complete blood count, which may suggest concurrent or alternate conditions. Anemia or infection can exacerbate pre-existing heart failure.

●Kidney function test to detect renal impairment which might be caused by and/or contribute to heart failure exacerbation.

●Liver function tests, abnormality of which may reflect liver congestion as a result of heart failure.

3- Chest X-Ray — Findings suggestive of heart failure include cardiomegaly, which is an enlarged heart, with a heart-to-thoracic width ratio above 50 percent. Other chest X-Ray findings would include pulmonary venous congestion, and fluid in the cavity of the linings of the lung, known as pleural effusion.

4- Echocardiography is needed to assess the right and left ventricular systolic function, and valve abnormalities in addition to an assessment of the pulmonary pressure.

In the case of Diastolic Dysfunction