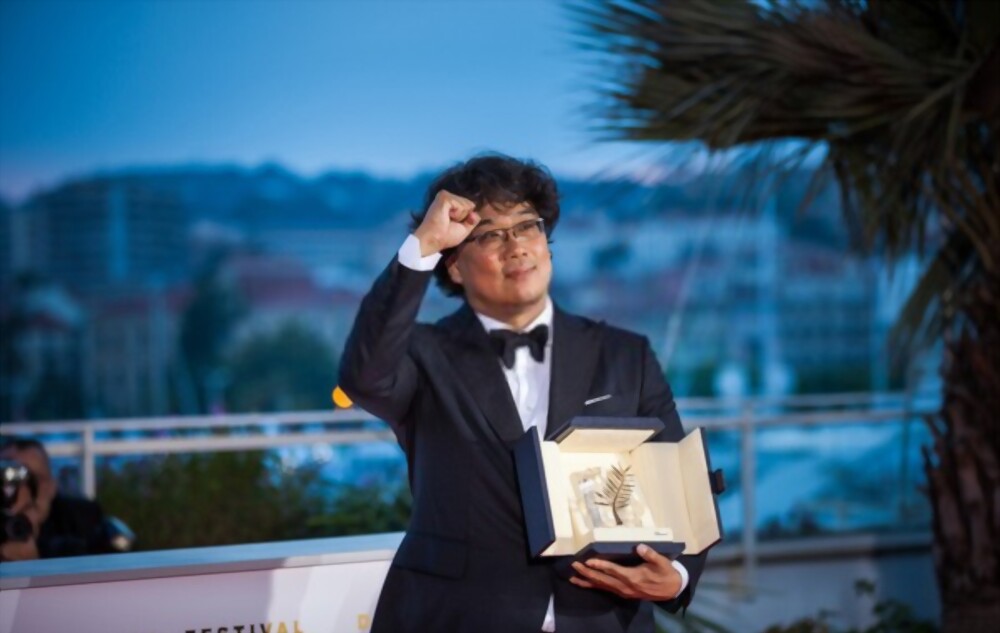 I saw a movie that just inspired me in such a way that I knew I had to review it here on my blog. “Parasite.” When I first heard the name parasite I assumed this was a horror film. Now, this film does have horrifying elements but it is not as such a horror film, no this is more of a sort of slow-burn family drama with a little bit of super black black black comedy sprinkled over the top.

This is written and directed by Bong Joon-Ho.

The brilliant mastermind behind films like Snowpiercer which I really loved, and Okja which I didn’t so much love it just wasn’t quite for me the satirical tone of it was a little bit too wacky for me but I did appreciate it and his other films like The Host and Mother incredible.

I’m truly a huge fan of Bong Joon-Ho’s work so when he has a new film coming out regardless of whether or not people are calling it a masterpiece all the way around and it’s winning prizes at the Cannes Film Festival earlier this year which it did I, of course, was just holding my breath with excitement to see it.

The film is about this down-on-their-luck family mother, father, daughter, son the four of them are you know yeah they’re not doing so well in their day-to-day lives they’re not living in the nicest part of town but when they come across an opportunity to work for a family in a really nice neighborhood, a wealthy upper-class family, of course, they’re going to seize this opportunity with both hands. So one of the family members begins working in the wealthy household and then recommends their sibling, the sibling recommends their parent and the parent recommends the other parent, and before you know the entire family is working within the household.

The film has a lot of twists and turns

The way I described it is way too normal and mundane because this film has a lot of twists and turns and kind of unfolds in a way that you wouldn’t expect, it’s kind of one of those rides that you just have to hold on keep your arms and legs inside the carriage and just hold on for dear life. As the story evolved and the family have to do more and more in order to secure their placement within the wealthy family’s home, yeah things just take a crazy crazy turn and I would say this genre kinda takes a shift into the next gear and you have to be on board for the ride because the story went in a way that I did not see coming.

What is so great about this film is first and foremost the characters each of the characters every single family member of both the poorer family and the family with more money, they’re all so incredibly human.

It’s not just that there is one family with less money and one family with more money and they’re kind of polar opposites of each other. Each of them has a personality there’s no stereotyping here, they all have so many layers they all are imperfect in their own way, for example, the rich father is kind of arrogant and aloof and cold he’s easy to dislike but he does have his moments of vulnerability later on and you do see that he is a good person.

There’s a scene earlier on in the film where the son that Kevin has some documents forged to say that he’s a college-educated tutor when he’s not and the father is so impressed with the son like tenacity and the quality of these forged documents. He’s really genuinely proud of his son at this moment and it’s really quite touching so even though the family is all in on this sort of deceitful hoodwinking of the wealthy family, they have you know they’re just looking out for each other and they’re just trying to do the best that they can.

And it’s moments like these squeezed between that necessity of survival and having to put food on the table that makes the film so touching and also really bleak and sad as well.